A Challenge from this BJJ Madison WI School Director:

“Give me 2 weeks… and I’ll teach you how to take down anyone – of any size – while getting you in the best shape of your life… Guaranteed.”

Enter your info for instant access to our TOP SECRET web special and schedule of BJJ Madison classes. Please note the offer expires at the end of this month, so hurry!

To a success-minded individual looking for a kick ass time,

You’ve read our challenge above. And you might be wondering why I’m so confident to offer you such a strong guarantee. It’s pretty simple. I’ve seen my program work wonders for guys and gals of all sizes and ages – time after time…

And I’ve seen competition fighters reach the level of champions sooner than they ever thought possible.

The style that beats allother styles?

For self-defense, most people practice punches and kicks… but 9 out of 10 fights end up on the ground. That makes all of those striking techniques completely USELESS.

When a fight goes to the ground though…Brazilian Jiu Jitsu (BJJ) shines. That makes it one of the most practical, real-world forms of self-defense on the planet.

Don’t take our word for it! Just watch this video showing UFC champ Royce Gracie dominating other martial artists before there were any weight-classes or rules in the UFC.

BJJ (Brazilian Jiu Jitsu) is one heck of an awesome workout. Every class will have you working hard and sweating.

It burns fat, strengthens and tones muscle, and boosts your energy and overall physique.

Some people join our classes JUST for the workout! After all, it’s so fun that you forget you’re building strength and burning calories.

BJJ (Brazilian Jiu Jitsu) is one heck of an awesome workout. Every class will have you working hard and sweating.

It burns fat, strengthens and tones muscle, and boosts your energy and overall physique.

Some people join our classes JUST for the workout! After all, it’s so fun that you forget you’re building strength and burning calories.

Don’t worry, BJJ is not all about “wrestling around on the floor.” BJJ creator Helio Gracie, developed a science of leverage and control that was intended for the smaller person to defend themselves from larger agressors—both on the feet AND on the ground.

Knowing just a few of these techniques will allow you to walk confidently in the streets or when traveling. Confident knowing you’re prepared for anything. Here’s a just one technique that’s part of our BJJ Madison blue belt curriculum – a common street fighting headlock escape.

Every form of martial arts is different. However, Jiu Jitsu is one of the only ones that you simply can’t practice alone. You need a partner. You need a team. You’ll form an unwavering bond with everyone you practice with. You’ll support each other – and push each other past any limits you think you have. With your team on your side, you can (and will) accomplish anything.

Every form of martial arts is different. However, Jiu Jitsu is one of the only ones that you simply can’t practice alone. You need a partner. You need a team. You’ll form an unwavering bond with everyone you practice with. You’ll support each other – and push each other past any limits you think you have. With your team on your side, you can (and will) accomplish anything.

We work hard to make sure our BJJ Madison classes are safe and hygenic. That means DAILY top-to-bottom cleaning and up-to-date equipment.

Fight Prime is not a club. We’re a premiere Academy that focuses on developing life-long students. BJJ isn’t our “hobby” – it’s our lives 😊.

Whether you’re a pro, a noob, or somewhere inbetween – you’ll get just what you need from these classes. Everyone is supportive and dedicated to keeping the team atmosphere alive. You’ll fit right in, we promise.

Our Members Speak Out

“Best Shape of My Life – I Feel Unstoppable”

I started training here about a month ago. I’m 40 y/o and had zero martial arts experience. Within that single month I’ve gained confidence, some personal discipline and I’m in the best shape I’ve been in since my early 20s.

The instructors are friendly, knowledgeable and genuinely care about the people putting their time/money into training. I can’t recommend this BJJ Madison Academy enough. Walking through the door and giving them a chance was the best decision I’ve made for myself in a long time.

Okay, let me start by saying I don’t want to be a pro fighter or anything. I just say that because there are some guys here who do – and I know they’ll get there too. The instructors are just that good.

I just wanted to have fun, get an awesome workout, and learn some of the kick ass moves I see in the UFC. 😉 Okay, so I’m half-joking, but seriously, I wanted to learn self-defense, and after seeing so many UFC guys use BJJ so effectively, I knew this is what I needed.

I’ve learned so much already. Like I said, I don’t want to be a pro fighter, but I can feel that black belt getting closer and closer, and I can’t wait until the day I’m wearing it to class.

“I just got my blue belt, and DAMN it feels good!”

I don’t know if I’ve ever worked so hard to accomplish anything in my life. I just got my blue belt after 12 months, 1 YEAR, of hard work. I honestly feel on top of the world.

The fact that going from white belt to blue belt takes such practice and determination makes it so much more special when you finally get there. And when you show up to class in your blue belt, all the white belts know what’s up 🙂

After just a couple months I noticed I was stronger and more athletic. People at work have been asking me what I do to get in shape!

“As a woman, I was scared to join at first. If I’d known how great this is – I would have joined years ago.”

I was nervous going into a class where 95% of the students were guys. BJJ can be very up-close and personal. I was scared about getting crushed, and feeling uncomfortable being that close to total strangers.

Well, let me tell you, after the first few minutes of my first class, I forgot all of that! First off, everyone at Fight Prime is super nice and friendly. Everyone was so supportive and want to get better and have fun. Second, when you spar with people, they’ll go at your level.

Higher belts and experienced students aren’t gonna go all out on you. They’ll support you and help you get better. Don’t avoid taking BJJ Madison classes just because you’re a lady! Trust me, it’s awesome! And you’ll lose some pounds too. A nice added bonus.

Enter your email now for instant access to our TOP SECRET web special and schedule of classes. Please note: Available for a LIMITED TIME ONLY! Hurry!

Who is teaching your BJJ Madison Classes? 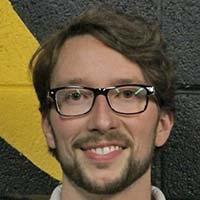 Where is Fight Prime Located?

Our BJJ Madison classes are taught at the following address:

The facility is just off the beltline’s Park St. exit. That’s a 15-20 minute drive from Madison, Fitchburg, Middleton, Oregon, Monona, Stoughton, or Verona, WI. See the draggable map below for details:

“How much do Fight Prime’s classes cost?”

Membership prices for BJJ classes in the Madison, WI Area can vary a lot. Fight Prime has over 8 different flexible membership plans to help make us the most affordable option in the area. On top of this, we run monthly specials to give you even more value. Before you decide which payment plan is right for you, schedule a trial lesson with us by calling 608-665-2155 or sending us an e-mail.

We hardly EVER see any injuries in our BJJ classes.

We guide you through the perfect way to do each technique. That way you don’t do it in a way that harms your body.

We also show you how to stretch properly – reducing your chances for injury even more.

And you go at your own pace. That way you don’t force your body to do anything it wasn’t capable of.

BJJ Madison students who learn quickly are just as valued as the ones who need to slow down, and learn at a different pace.

“Will this be really hard on my body? And is it violent?”

People who do Brazilian Jiu Jitsu are never the ones to start fights. They’re the ones who do everything in their power to avoid fights.

But if a fight has to happen, they’re ready to defend themselves.

So no, Brazilian Jiu Jitsu is not violent.

As far as your body goes… The exercise involved may be tough for you at first. But you’re welcome to go at your own pace. We’re here to support you and see you succeed.

It may be a little hard on your body, but not so hard to cause injuries. Just hard enough for a great calorie-blazing workout 💪.

“Do I have to be in shape or flexible or anything?”

Many people asks us if they should get in shape before starting BJJ Madison classes.

Our answer is always: Jiu Jitsu will GET you in shape! Many of our students, no matter what their starting fitness level is, greatly improve within just a few short weeks.. Even if they were never athletic before joining class.

From total beginners to elite athletes, the dynamic routines and powerful movements will get you into the best shape of your life. Lean, fit, feeling great and having a blast in class! We’ll help you get there.

Enter your info for instant access to our TOP SECRET web special and schedule of BJJ Madison classes. Please note the offer expires at the end of this month, so hurry!